It seems like I am the only one who’s covering the wedding ceremonies stories backwards. * Ah, it’s okay-kinda-emoticon 😛 *

After the wedding & the reception dinner look, it’s time for the Haldi ceremony & couple shoot outfits.

If you’ve read the previously published articles, you’d know the dearth of time we had. Pre-wedding shoot was the last thing on our minds. So when both the families got together on 13th February (a day before the wedding date), there were few Pooja rituals for Anubhav that had been planned; mine were later during the day.

It was almost 5 in the evening & I was waiting for myself to be called for the Pooja. Anubhav came upstairs to surprise me & to quickly meet me before he would rush to another Pooja. Yeah, there are many Poojas involved. 🙂 🙂

I asked him if we could have a quick couple shoot in between all the Poojas happening but of course how would the pooja happen without either the groom or the bride. One of us has to be present for whom the rituals will be done. 😀 😛

So, what Anubhav does then. He brings Tarun & his team upstairs and starts the impromptu couple shoot. 😀 I come out of the door & look at him with all the awe and other mixed emotions of happiness.

And Bam! We start our mid-wedding couple shoot 😀 We shot for almost 20-25 minutes & then we changed the outfits for another set of couple shoot. Then shot for 20-25 minutes. We were already late for my pooja 😛 So, after both sets were done. We changed back to the Haldi outfits & went for my Pooja & the haldi cermony. Traditionally, the bride & the groom have this ceremony individually at their respective places but both of us had at one place, together 🙂

The ceremony was followed by a jaaga (sangeet/dance function) with dholak & harmonium involved. 🙂 😀

We never had planned this but it was so much fun ❤ even in a rush-rush wedding affair. The ambience was such that we were shooting at the pool-side mandap area & our friends were whistling from the balconies above 😀

Now coming to the outfits:

Both of us chose Indian outfits for the Haldi function; & western for the impromptu couple shoot.

Check out the pictures 😀 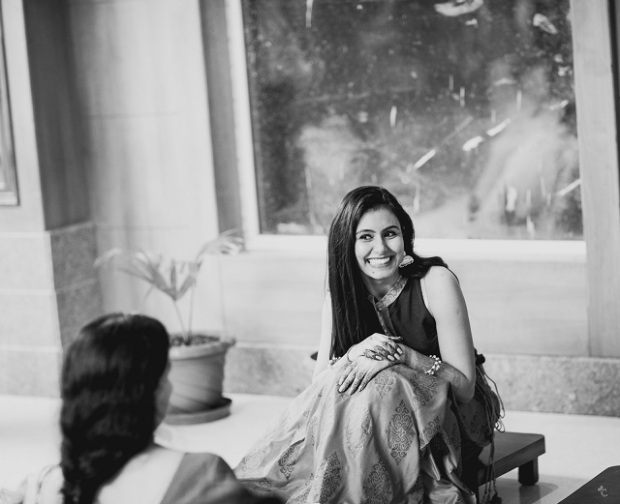 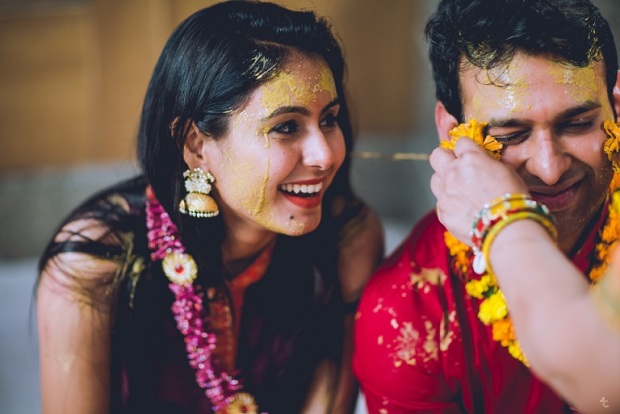 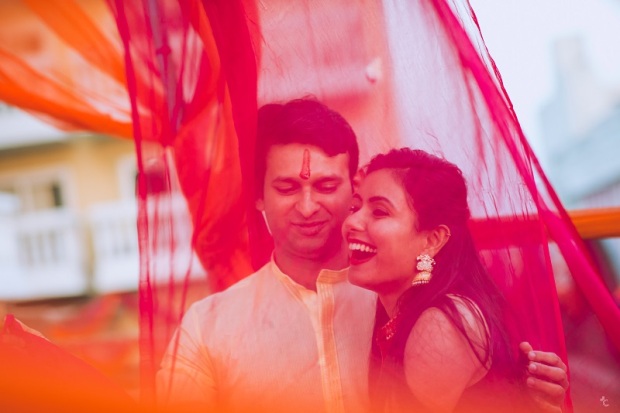 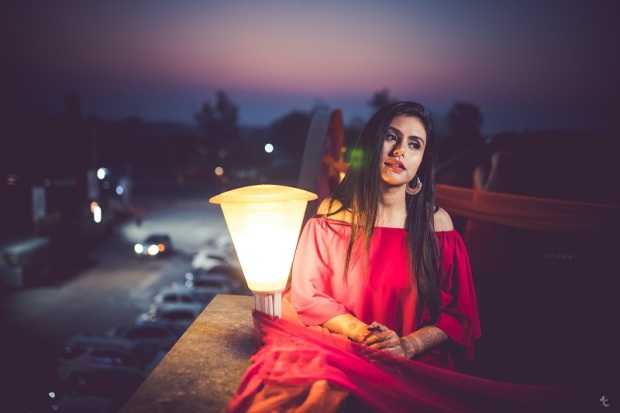 Show some love by sharing; sharing is caring :)

← How I curated my Wedding Reception Dinner Outfit & Look?
Travel →