You must have noticed by now that how much I loveeeee shoes!

So when Alberto Torresi‘s team invited Kintyish to visit their production factory where one could dig into the how’s of this creative task (Yes – Shoe Making), could we say No? Of course, No! 😀

Shoes do not just add to your personality or look but carry your entire body weight. The pair should be such that when one walks, it should be able to balance both the dimensions (Comfort and Look). Along with that, “Fit” is also important which people generally tend to ignore.

And as I had mentioned previously, shoes take you everywhere then why not adore them?

Well, Alberto Torresi is contributing its bit on the similar lines. Alberto Torresi is a brand owned by Virola International Pvt. Ltd. situated in Agra, India’s own home grown shoe manufacturing & export giant. They do end-to-end shoe manufacturing in-house (from sole to laces – everything!) Well, Mr. Modi would be quite happy I say 😀 and why not?

This legacy is being carried forward by Mr. Ishaan Sachdeva (Director – Alberto Torresi) who knows exactly about how to design the roadmap and sustain. He has tried to innovate the brand by introducing smart techniques like “Memory Technology”, “Impact System” and “Stress-less” in men’s formal footwear category. 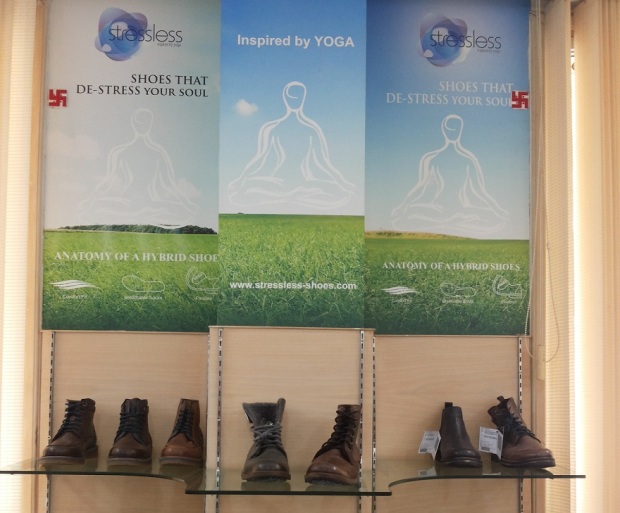 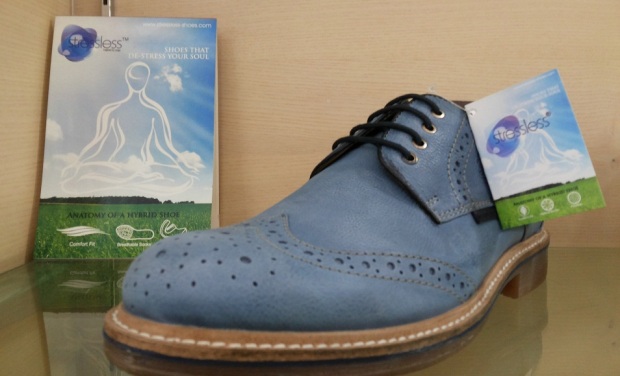 When we arrived, we straight away went to the shoes gallery where we saw variety of shoes and literally, it took a while to eye all of them. 😛

Oh! Did I mention how super-awesome their office was?! See how happy I was to be there 😉

Edited excerpts from our conversation with Mr. Sachdeva are as follows. 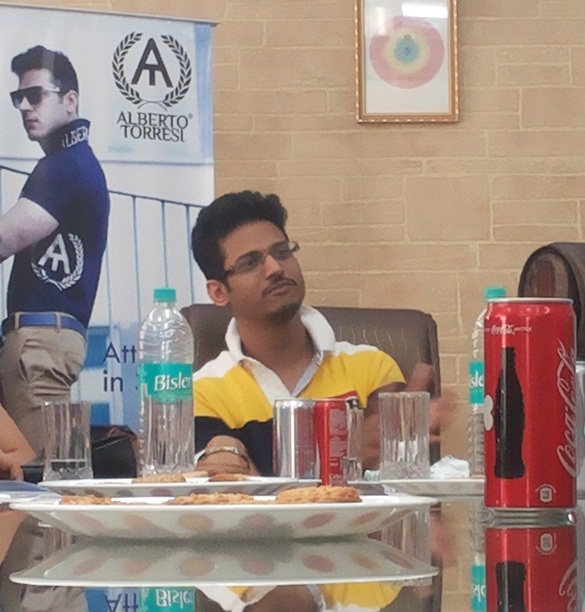 Question: As you mentioned about moving from Tier 1 cities to Tier 2 and 3. What made you to move to these cities & what was the response?

Ishaan: India is much more than Tier n cities but most of the population in India is outside the Tier 1 cities. Fashion normally starts from Tier 1 cities & then flows towards Tier 2 & Tier 3 cities and this is the approach which we took. We have a strategy of making it available at as many point of sales as we can. Feedback has been excellent because our strategy has been to make sure that the value that customer gets for a certain price is maximum.

Question: What is the Unique Selling Point for you to attain sustainability?

Ishaan: We’ve got one of the advanced set-ups in the country. We hire professional CAD/CAM designers to keep up the designs in alignment with “fashion”. Hence, the smart techniques like “Memory Technology”, “Impact System” and “Stress-less” exist. Another one of the major strengths we have is “Variety“. One would find such variety in leather shoes here only. There are many ranges (Classic, Formal, Casual) from which one can choose. We make sure that technically, the fit is not compromised and the feel of the shoe is there.

Question: How do you think your competitors would respond in the market because technology could be copied soon and every brand would try to combine comfort with look?

Ishaan: Every brand looks at a different set of technology. I don’t think there’s any competition in terms of supply because we, as suppliers, might not be able to fulfill the demands in the market considering the pace at which it is growing. Also, Indian consumers earlier were very conservative in terms of footwear (quotes: one might go to even a wedding wearing a pair of Sports shoes) but now it has changed. Along with that, disposable income has been increasing; people are willing to spend. Most of this expenditure generally goes to “fashion” hence.

Question: You’re an Indian company; how did you land up with a non-Indian name?

Ishaan: This name was curated by my father along with his agents over a dinner. Traditionally, Alberto Torresi has been active for quite a long time now and created its identity in the European market. However, we’re carrying forward this name here as well because that’s how the brand has been known till now.

Question : When are you planning to launch Women’s footwear in India?

Enjoy pictures from the factory and the shoe gallery:

As one can see, how Mr. Sachdeva emphasizes on the point that shoes are an important (very important, rather) part of one’s overall outfit. Well, we surely agree. Well, we’re going to soon receive our customized pair of the brand and further review will be up on the blog very soon. 😀

Show some love by sharing; sharing is caring :)